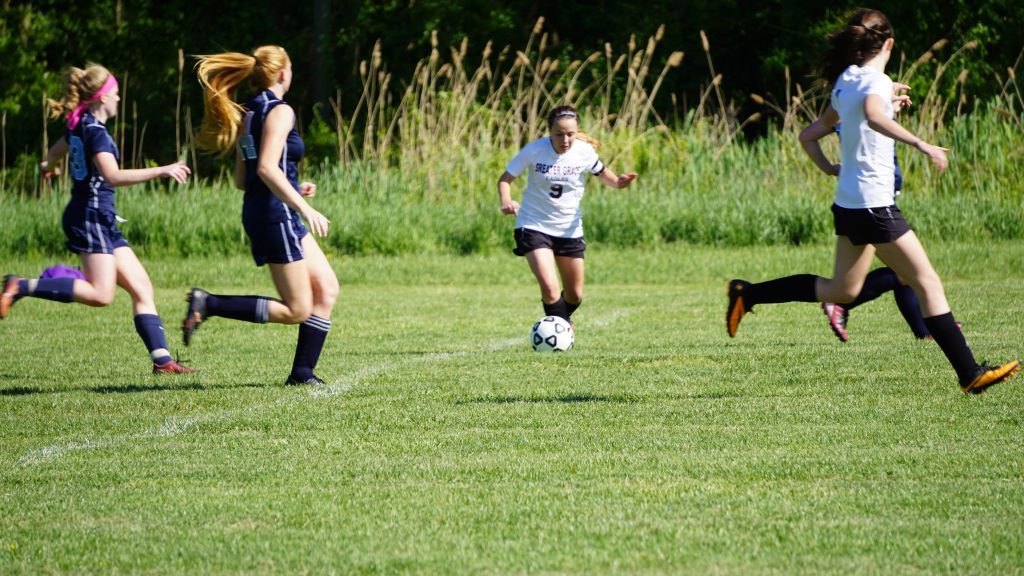 It was a great privilege to coach the Varsity Girls Soccer Team this year (called Football in England where I come from). My daughter Hailey was the only senior, and we had plenty of 11th graders for sure. We had our ups and downs which I know is not uncommon. Early on we worked on conditioning, since you do have to run in this sport. After Easter we hit the outdoors and combined repetitive skill-enhancing drills with small game scenario practices to improve passing and communication.

As the season progressed, the team showed commitment, determination, persistence, and courage. Courage is doing what you are afraid to do, and they really upped their game this year.  Colossians 3:23 says ‘Whatever you do, do it wholeheartedly, enthusiastically’.

The greatest sideline moment for me as a coach was when the players gathered for prayer as Hailey, our sticker was down injured in the semi final as we trailed 2-0 to Perry Hall.  She got hit in a collision with the keeper, and seemed to suffer a mild concussion. It was a moment of relief when she made it back on her feet and was able to jump back into action!

This semi final truly turned out to be the greatest game. We were  down 2-0 and the opponent was building their lead. What do you say to the girls as their heads were down? I looked at them and with confidence said, “There’s nothing more rewarding than a comeback”.  Moments later Maddy scored a screamer from about 25 yards, right out of nowhere, right before the half-time whistle. After the break, we turned the game around as Hailey scored a hat trick, hitting the back of the net 3 times. The final whistle blew and we had booked our place in the final. What a comeback!

We hadnt been in a final for about 8 years, so there was plenty of excitement as we faced an in-form Redeemer side. It was a well fought game, but we ended up losing 1-0 despite scoring a late goal ruled offside by the linesman. Watching the video afterwards showed Maddy was actually level with the defender. Anyway, it was awesome to reach the final.

Mackenzie Densmore – ‘Not in My House’ Award -Never gave opponents an inch, pulled of the crucial tackle just at the right time

Maddy Weyer. ‘Playmaker Award’  -Got to play out on the field this season. She had the strength to beat players, and deliver quality crosses, many of which resulted in goals

Thanks to all the girls this year, and Rob Huber as my assistant coach who was a huge help to the team 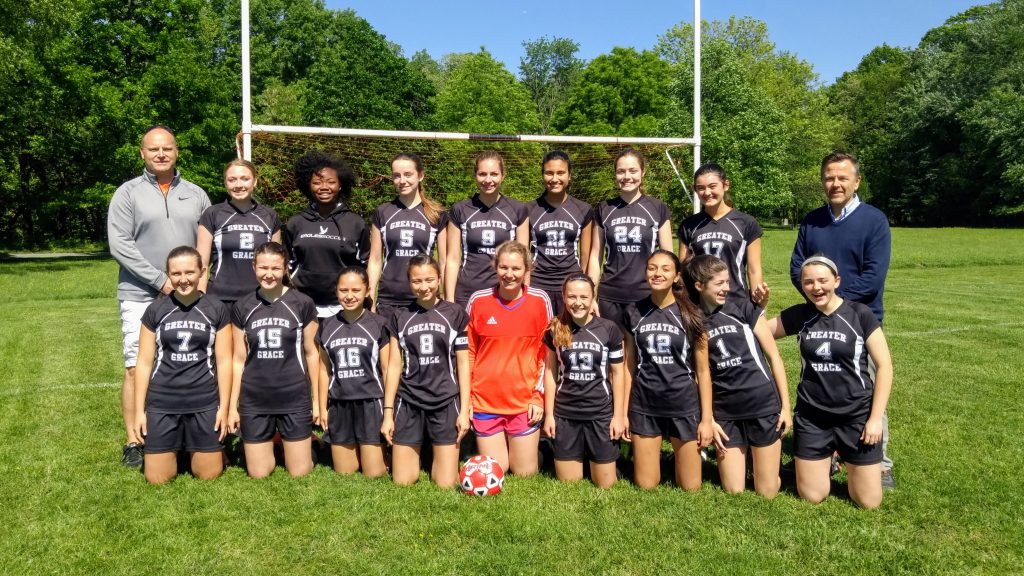