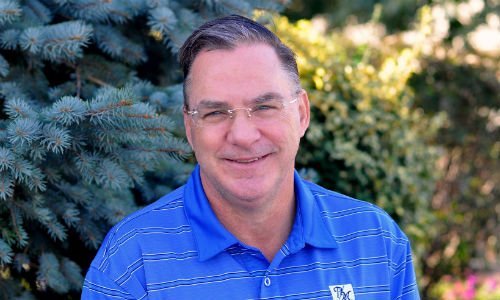 Pastor Chuck Heidenreich came to GGCA in 2010 after serving in Ghana, Africa as a missionary pastor and church planter with his wife Susan and their four children.

Raised in an athletic family, he was a member of the U.S. Ski Team, coached in Europe, and competed internationally for several years. It was at one of the competitions in France that he met his wife Susan. After graduation, with a B.S in Marketing from the University of Oregon, he began a business career in the sporting goods field. While working at Spalding Sporting Goods in Massachusetts, he met the Greater Grace Church.

In 1999,  he made a “career change” and moved to Baltimore with his family to attend Maryland Bible College & Seminary.  Upon graduation in 2002, he moved to Ghana with his family. He currently splits his time between his businesses,  Bible in My Language, which has Bibles in over 600 languages, and Zipline Ski which manufactures and sells high end ski equipment. Several skiers in the upcoming winter Olympics will be using his equipment